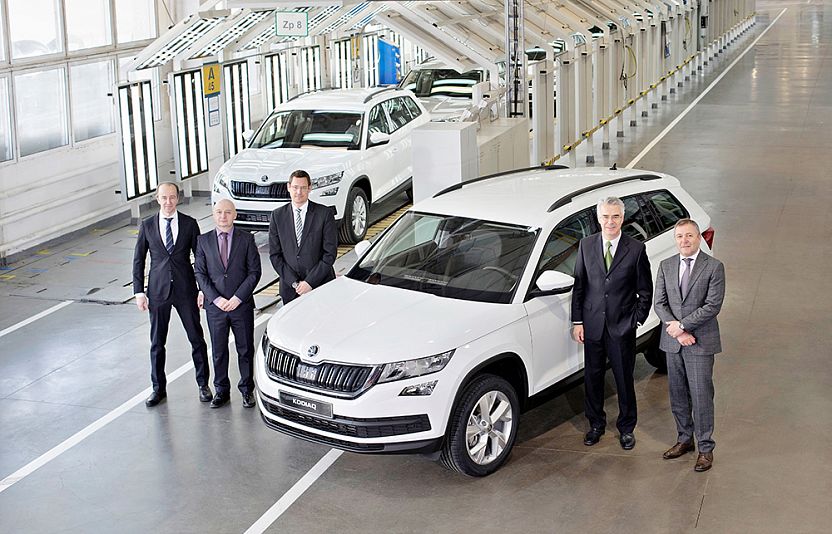 The new local product will strengthen ŠKODA brand in the Russian market: not only will the brand be able to offer buyers an attractive price/performance ratio but also respond quickly to changes in the market and adapt to the needs of the Russian customers.

“The production launch of the KODIAQ at the Nizhny Novgorod plant is an important step in the implementation of the brand’s long-term development strategy in Russia. The majority of our sales in Russia are locally-produced models,” said Michael Oeljeklaus, Member of the Board of Management Production and Logistics ŠKODA AUTO. “Local production has such undeniable advantages as reduced vehicle delivery time or the opportunities for a rapid increase in production volumes.”

Marcus Osegowitsch, General Director of Volkswagen Group Rus, noted, “The launch of the ŠKODA KODIAQ’s local production in Russia is a big event for us; it demonstrates the effectiveness of the partnership between Volkswagen Group Rus and GAZ Group. Investment in the KODIAQ’s production and specialized staff training reaffirmed our intention to implement the Group’s long-term strategy for Russia – and it is yet another Volkswagen Group Rus’ contribution in the development of the Russian industry.”

Manfred Eibeck, CEO of Russian Machines, noted, “We are proud that our partner has chosen GAZ production facility for production of one more model in addition to the range we are already manufacturing. This increases capacity utilization and provides additional training for the workforce of Gorky Automobile Plant. Meeting all quality standards, all technological requirements is the key priority for us in the projects that we are implementing jointly with Volkswagen Group Rus, and a basis for further development of our cooperation”. 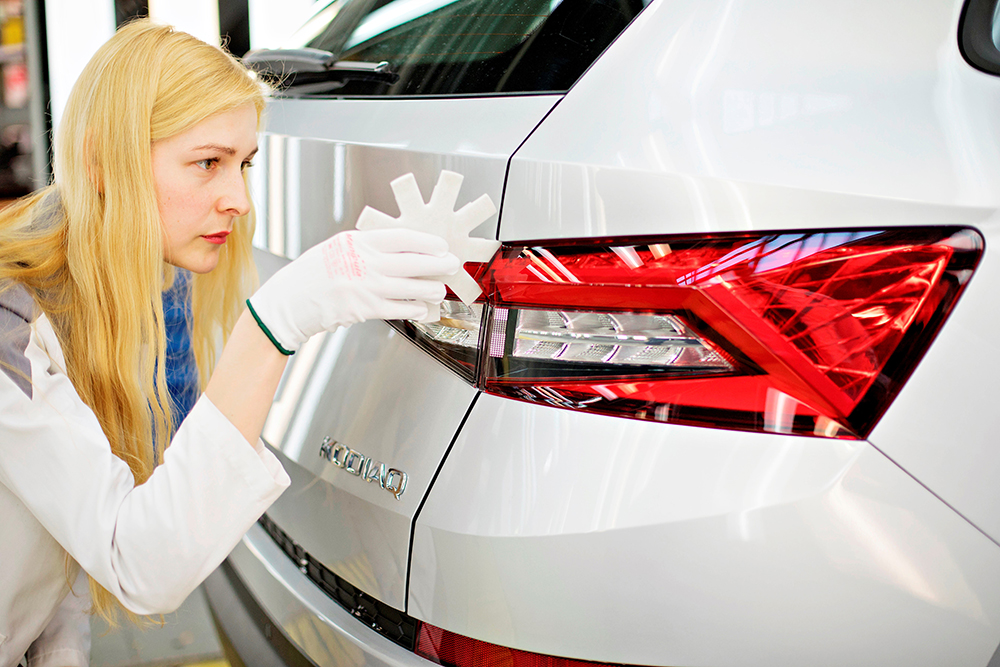 Preparations for the launch took just 18 months, and investments in it totalled 87.5 million euros. GAZ Group’s capacity was chosen for the production site; Volkswagen has already implemented several projects with them, including full-cycle production for the Volkswagen Jetta, the ŠKODA OCTAVIA and the ŠKODA YETI. The plant’s employees were trained at ŠKODA AUTO’s plants in Kvasiny and Mladá Boleslav as well as at the Nizhny Novgorod plant’s training center to prepare for the KODIAQ’s production launch. Moreover, the brand’s foreign experts were brought in to help launch the project.

Dr Oliver Grünberg, Technical Director of Volkswagen Group Rus, commented, “The start of the KODIAQ’s local production is opening a new page in the history of ŠKODA’s development in Russia. We used the investments to prepare the production site and purchase new equipment. A recognizable figure out of the overall investment went into quality control. All this will allow us to produce cars fulfilling the company’s highest standards and requirements.”

The ŠKODA KODIAQ, the first family SUV in the brand’s lineup, has an expressive design, record-breaking internal space, functionality, modern infotainment systems and numerous driver assistants. Options traditionally available in higher-tier models include ambient lighting, a heated steering wheel, three-zone Climatronic, and the In-Car Communication function. It is also the first time an optional third row of seats will be available for ŠKODA, which turns the KODIAQ into a seven-seat car.

The locally-assembled ŠKODA KODIAQ will come in a wide selection of versions, transmissions, and 1.4- and 2.0-liter engines delivering from 125 to 180 hp. Russian clients will also be offered a 1.4 TSI engine in combination with both front and all-wheel drive for the first time.

The ŠKODA KODIAQ will be made by full-cycle production method, where pre-built car parts and components are delivered to the production site to undergo spot-welding processes, double primer and paint works, and anticorrosive processing with hot wax and Volkswagen Group’s own solution. Then comes the final assembly: installing the engine, transmission, windows, seats, and a number of other operations.

The production site in Nizhny Novgorod was launched in Volkswagen Group Rus’ partnership with GAZ Group. The companies began their cooperation in 2011 when they signed a contract for the assembly of Volkswagen and ŠKODA cars at the Gorky Automobile Plant. This project required building new assembly and body shops, upgrading the paint shop, modernizing the logistics and quality control systems, and organizing the production of components for Volkswagen and ŠKODA cars. In addition to the ŠKODA KODIAQ, the plant will produce the ŠKODA OCTAVIA and the Volkswagen Jetta. In June 2017, Volkswagen Group Rus and GAZ Group signed an agreement to extend the contract for passenger car production.