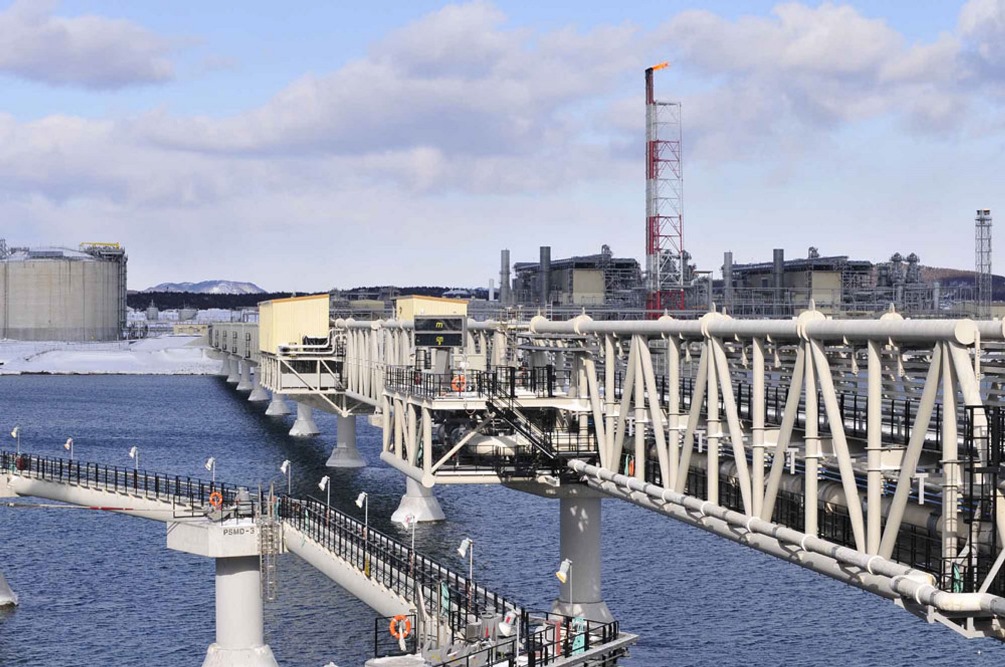 The first Russian LNG plant on the Sakhalin Island consists of two process trains, each having the throughput capacity of 4.8 million tons of LNG per annum. The plant is projected to reach its design capacity (9.6 million tons per annum) in 2010.

This large-scale project has been constructed since August 2003. About 10 thousand of workmen and experts from more than 40 countries were involved in the construction process.

The LNG plant of the Sakhalin II project applies a special method of gas liquefaction involving the double mixed refrigerant raising the production effectiveness using the benefits of the cold climatic conditions of Sakhalin. 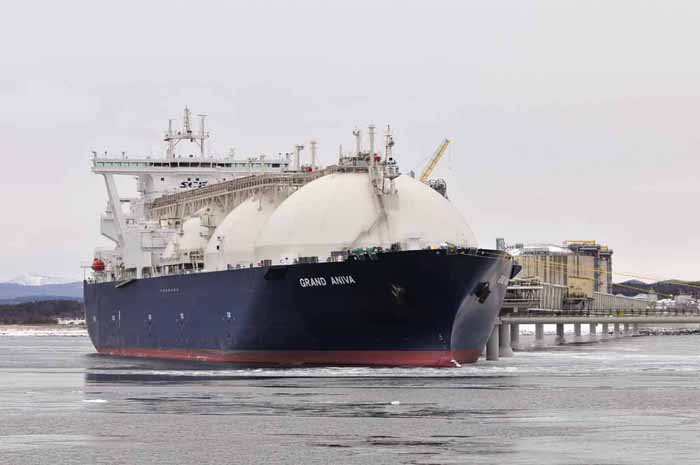 Even before the construction terminated all the production from the LNG plant was contracted on the basis of long-term arrangements (validity period of 20 years and more). Around 65 per cent of the Sakhalin LNG will be supplied to nine purchasers from Japan, which is the world’s top LNG sales market. The remaining volumes are intended for consumers of South Korea and North America.

The LNG plant is a part of the world’s largest comprehensive oil and gas Sakhalin II project. The project provides for developing two oil and gas fields north-west offshore the Sakhalin Island (Piltun-Astokhskoye and Lunskoye fields), extraction of oil and production of liquefied gas with their subsequent export.

On April 18, 2007 Gazprom and the shareholders of Sakhalin Energy (Royal Dutch Shell plc, Mitsui & Co. Ltd and Mitsubishi Corporation), being the Sakhalin II project operator, signed the Purchase and Sale Agreement providing for the acquisition by Gazprom of a 50 per cent plus one share stake in Sakhalin Energy.

On April 16, 2007 the Gazprom Board of Directors took a decision to open Gazprom’s Representative Office in the Sakhalin Oblast.