Naberezhnye Chelny, February 8, 2018 – The project Aluminium Fuel Tank Production Localization was launched at the KAMAZ press and stamping plant. KAMAZ vehicles with the company’s own aluminium fuel tanks are expected to run on Russian roads already in 2019. 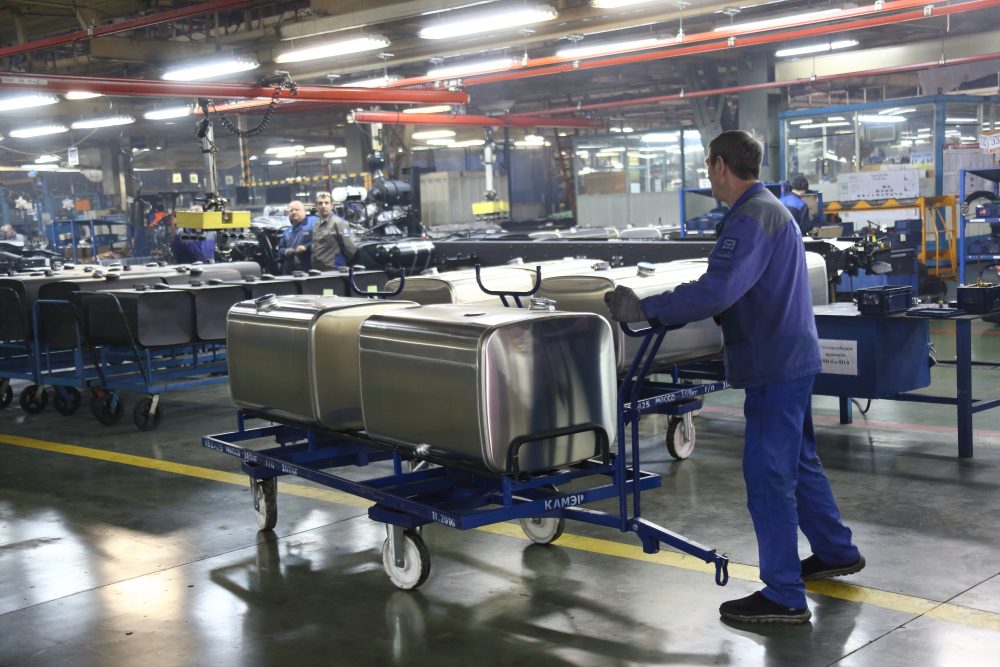 Today, premium-class vehicles are by standard equipped with aluminium fuel tanks. And vehicles from KAMAZ’s new line up are not an exception. But there are no production sites in Russia to meet the required demand and produce fuel tanks of the benchmark quality. They have to be imported. According to Deputy Project Manager Sergey Mandrik, the company shouldn’t be dependent on the import market of aluminium fuel tanks. “Since these products are in scarce supply, KAMAZ risks timely supplies to our assembly with components,” he explained the cause of the project.

KAMAZ started partnership with KUKA, the company specializing in lines for production of aluminium fuel tanks. The work started at the end of 2017. By now, the design documentation for fuel tanks has been elaborated and approved, the equipment supplier has launched preproduction processes.

A new robotized site will soon be opened in the chassis shop of the press and stamping plant. The equipment is to arrive at the plant in November, installation works will have been completed by the end of the year. There will be four robots at the site: two welders and two transporters. This will be a workplace for six people. It is planned to make fuel tanks with a capacity ranging from 200 to 900 litres.

The company’s own line producing aluminium fuel tanks will enable to check the manufacturing quality and improve the design in real time. This project will become the company’s another step towards import substitution.