Vrchlabí/Mladá Boleslav, January 30, 2018 – At its Vrchlabí plant in the Czech Republic, ŠKODA AUTO has produced the two-millionth DQ 200 dual-clutch transmission (DSG) since production began in September 2012. The DQ 200 is used in numerous ŠKODA models as well as in other vehicles from Volkswagen Group. Currently, 2,200 of the transmissions come off the production line at the high-tech Vrchlabí plant every day.

“ŠKODA AUTO’s plant in Vrchlabí is considered to be one of the most cutting-edge component factories in the industry. As a pillar of ŠKODA’s production activities and also within the production network with Volkswagen Group, Vrchlabí is vitally important,” said Michael Oeljeklaus, ŠKODA AUTO Board Member for Production and Logistics, adding, “The major investments in this location contribute to the sustainability of the entire region.”

Frank Engel, Head of Component Manufacturing at ŠKODA AUTO added, “With their high level of personal commitment and outstanding expertise, our colleagues here have made a decisive contribution to the plant achieving the impressive figure of two million DQ 200 transmissions produced in just five years.” 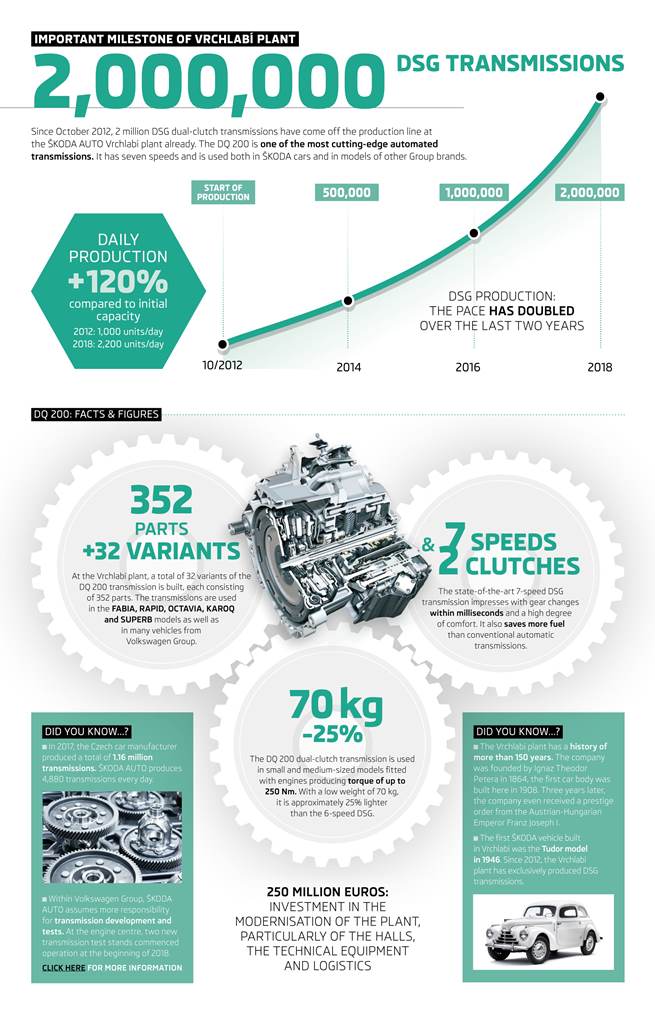 The DQ 200 dual-clutch transmission is among the most modern of its kind in the entire automotive industry. It impresses with gear changes that are both extremely smooth and lightning quick. The DQ 200 is used in numerous ŠKODA models as well as in other vehicles from Volkswagen Group.

ŠKODA AUTO’s Vrchlabí plant is one of the most advanced production facilities in Volkswagen Group and, with its workforce of around 1,000 staff, it is also one of the most significant industrial employers in the region of Eastern Bohemia. In production, it relies on state-of-the-art technology such as cooperating robots. They help the employees with one of the most sensitive tasks in transmission production, inserting the clutch piston. The handling robot supplies dozens of machines with parts and brings empty containers back to the warehouse. Added to these are a logistics vehicle that is controlled automatically as well as the state-of-the-art ‘Transparent Factory’ IT system. The latter was successfully implemented in November of last year following a three-year preparation phase. Furthermore, ŠKODA AUTO recently opened several new transmission test stands at the Mladá Boleslav production site.

The Vrchlabí plant has been part of ŠKODA AUTO’s production network for over 70 years. The location was transformed from a vehicle manufacturing plant into a cutting-edge component factory in 2012. Within 18 months, a new factory hall was built and existing production halls were modernised. The rapid preparation of the DQ 200 production facility and the dynamic development of the location earned the Vrchlabí plant the European ‘Factory of the Year’ title in 2015. This is one of the most prestigious awards for the manufacturing industry in Europe. 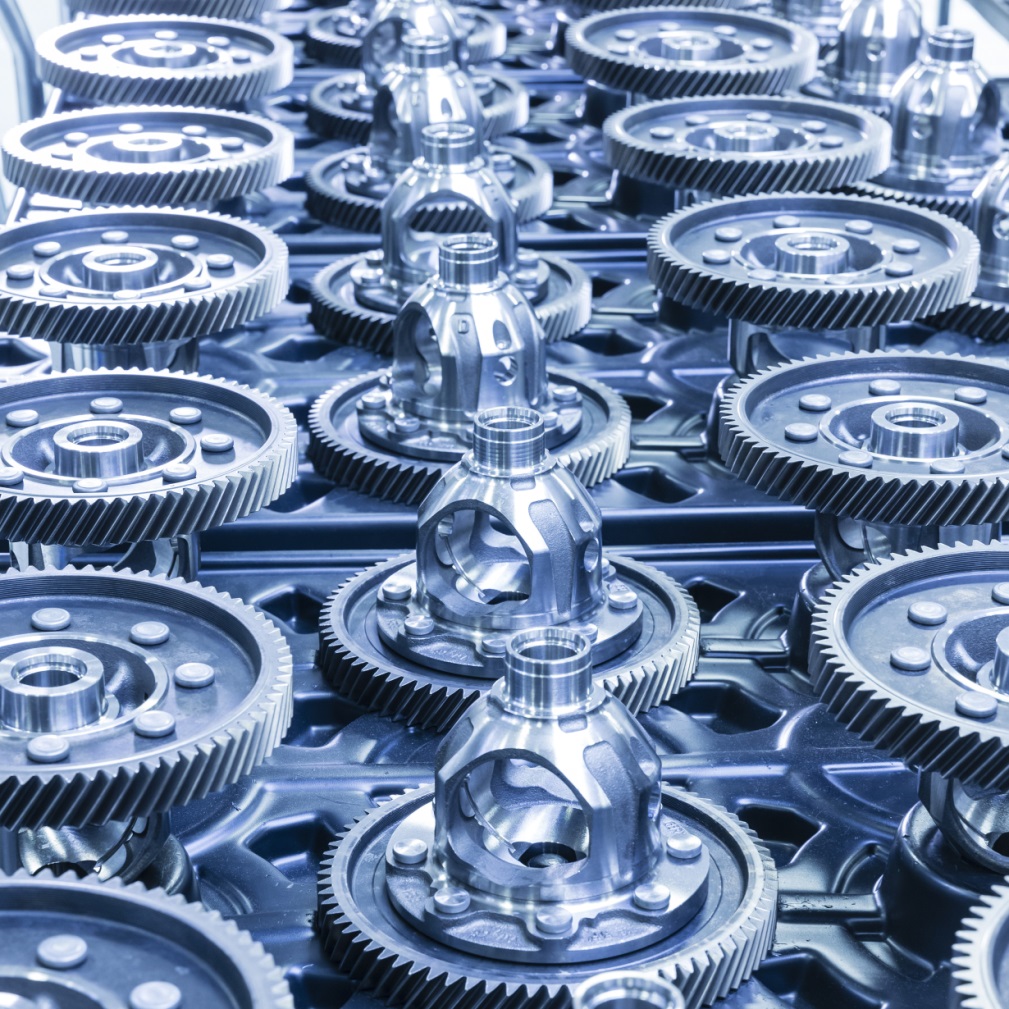 In the past five years ŠKODA AUTO, together with Volkswagen Group, has invested a total of around €250 million in the facilities for DQ 200 production, including the renovation of the production halls, technical equipment, the training centre for transmission production and logistics.

At the Mladá Boleslav production site, ŠKODA AUTOa invested in the production of gearboxes too and opened several new transmission test stands recently.