MOL Commenced Arbitration against the Government of Croatia 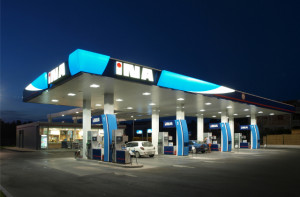 Budapest, November 26, 2013 – Today, MOL announced that it filed a Request for Arbitration with the International Centre for Settlement of Investment Disputes (ICSID) in order to commence arbitration proceedings against the Government of Croatia for breaching certain of its obligations and undertakings in relation to MOL’s investments in Croatia.

MOL Plc. announced today that it filed a Request for Arbitration against the Government of Croatia through its legal counsel, international law firm Weil, Gotshal & Manges LLP, in order to commence arbitration proceedings under the Energy Charter Treaty in connection with MOL’s investments in Croatia. MOL has long been honoured to be a strategic partner of the Government of Croatia in its role as one of the largest foreign investors in the Croatian economy. In that spirit, MOL has always sought an amicable resolution of any disputes that have arisen between MOL and the Government of Croatia.

MOL remains open to further explore a negotiated resolution to the dispute.

MOL Group is an integrated, independent, international oil and gas company, headquartered in Budapest, Hungary. It has operations in over 40 countries and employs almost 28,000 people worldwide. MOL’s exploration and production activities are supported by more than 75 years’ experience in the hydrocarbon field. At the moment, there are production plants in 7 countries and exploration assets in 12 countries. The Group operates five refineries and two petrochemicals plants, under integrated supply chain management, in Hungary, Slovakia, Croatia and Italy. MOL Group also owns a network of over 1,700 filling stations across 11 countries in Central & South Eastern Europe.