Naberezhnye Chelny, March 1, 2018 – KAMAZ 65209 – another model of the new line of vehicles – was assembled at the automobile plant of KAMAZ. 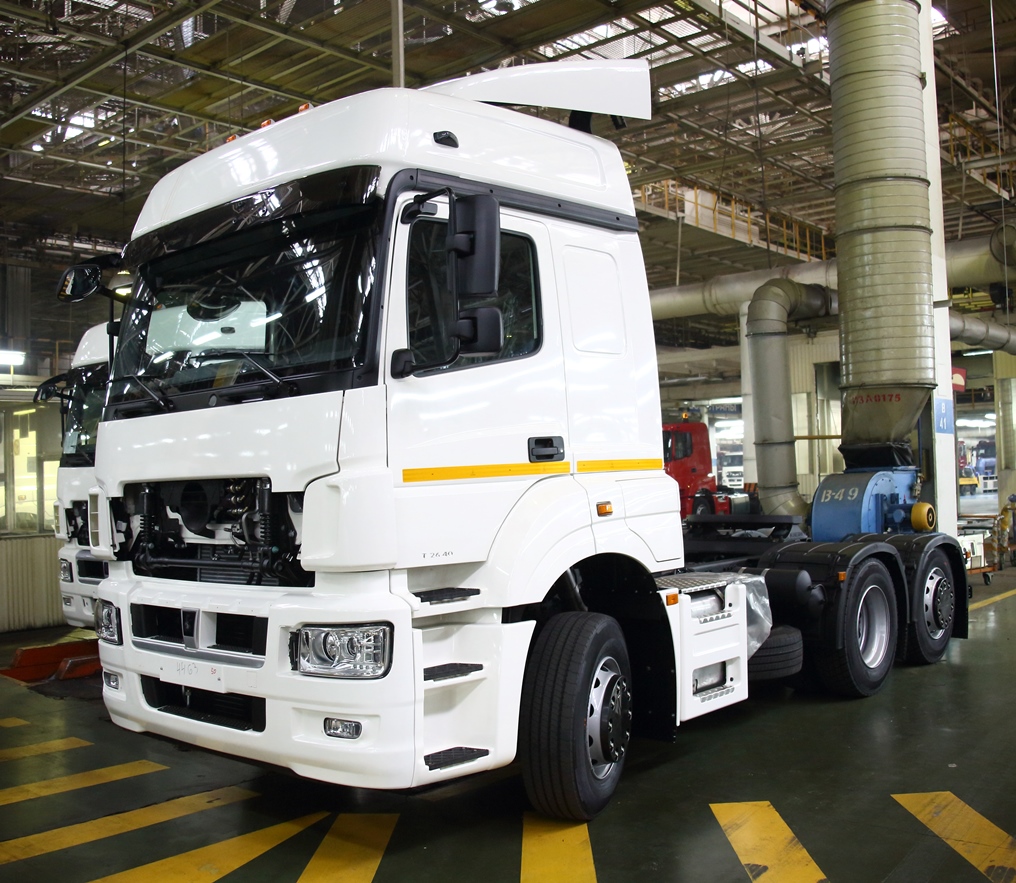 The KAMAZ-65209 three-axle truck tractor was for the first time presented at the Comtrans-2017 exhibition last September. The new vehicle is 6×2 and a rear lift axle which enables to save fuel by driving unloaded or without a semitrailer.

The assembly of the model didn’t brought any special difficulties: they are made with the same design concepts as other vehicles of the new model range have the production of which the leading Russian truck maker started in 2013-2014.

The new cab has the same cab as the flagship – KAMAZ-5490 Truck, it’s high and two-berth, a long-base chassis as in KAMAZ-65206. And the lift axle which is also needed for equal distribution of load on the intermediate axle was for the first time used in model 65208.

The vehicle assembly scheme completely corresponds to the assembly of its predecessor KAMAZ-65206, with an only difference – the lift axle is installed at a separate site.

By the end of the month, KAMAZ Trade and Finance Company will have received seven such vehicles.