Nizhny Novgorod, August 04, 2017 -GAZ Group completed the longest test operation of electric bus in Russia. The tests took place in Moscow on the basis of the Central branch of Mosgortrans. The trial operation lasted seven months. GAZ e-bus became the only prototype that transported passengers on a real route.

GAZ Group held the longest tests of e-bus in Russia. During the test operation in Moscow from January to July 2017, the mileage covered by the e-bus amounted to more than 13,500 km, and more than 25,000 passengers were transported. The test operation lasted seven months, including five months when the e-bus was carrying passengers along the route m2 “Fili-Metro station Kitay-Gorod” in a two-shift mode, after the two months of tests, including with cargo ballast. 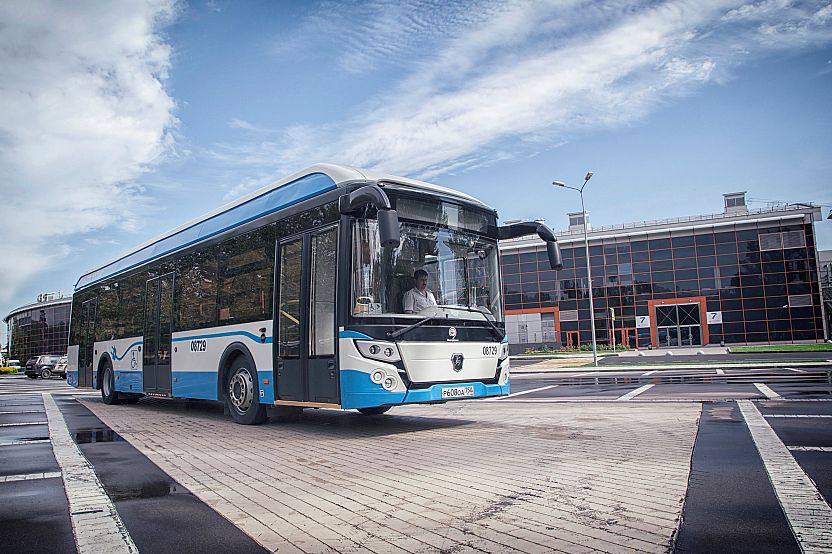 In the course of a long run-in, the specialists from GAZ Group and Mosgortrans assessed the work of the e-bus in different weather conditions: during winter at temperatures up to 35 degrees, in rainy spring and summer. In all seasons, the e-bus demonstrated stable performance that provided the necessary cruising range of the buses and passenger flow on the routes: the average daily mileage amounted to 220 km with two charges, 100 km with one charge, taking into account the work of the heating system in winter and air conditioning in summer. The batteries were charged at night for two to three hours and from 20 minutes to an hour with fast charging in the afternoon. 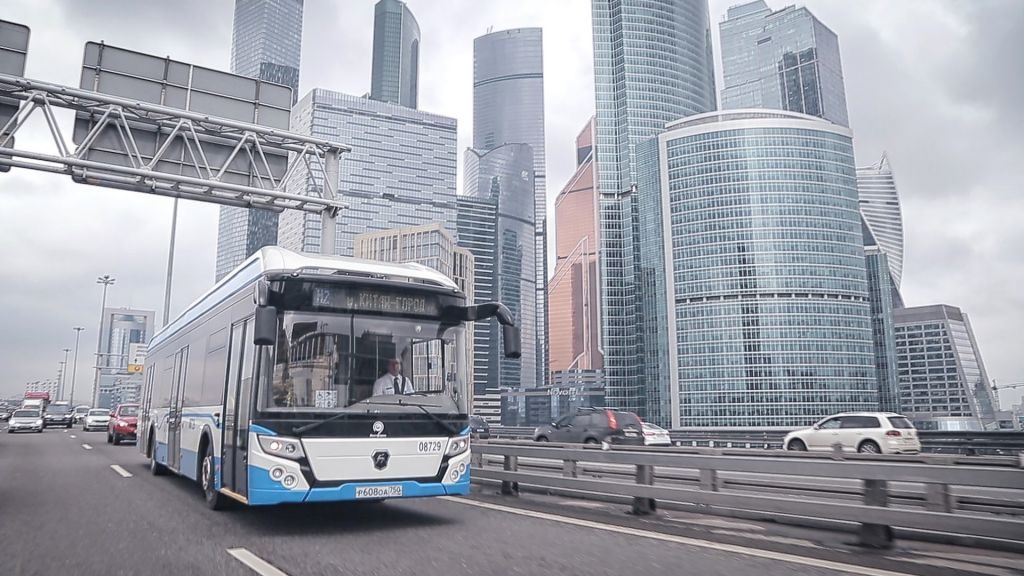 The e-bus was developed by GAZ in cooperation with MGTU (Moscow State Technical University) Bauman on the basis of model that proved itself well during the operation on the roads of Russian cities – a large-class low-floor LIAZ-5292 bus. The development based on the popular model allows achieving maximum economic efficiency for the carrier in the cost of the operation and maintenance of the bus.

The e-bus is designed for transportation of 75 passengers and has 27 seats, with the possibility of three chairs for disabled passengers, and is equipped with air conditioning, video surveillance and GLONASS equipment. The power train of the bus complies with the international environmental standard Zero Emission which is characterized by the complete absence of harmful emissions into the atmosphere.

Based on the results of the tests of the e-buses made by various manufacturers, Mosgortrans is developing future requirements to e-buses taking into account the specific conditions of operation of electric vehicles in Moscow. In accordance with these parameters, GAZ Group is preparing an upgraded prototype of the e-bus to be delivered to the capital in December this year.

Vadim Sorokin, GAZ Group President: “The results of the tests on the Moscow routes showed that GAZ electric bus provides a high level of comfort, environmental friendliness and cost efficiency. In addition, the test operation allowed to clarify the necessary parameters of operation of electric vehicles in Moscow. We are ready to deliver to the city the electric bus that fully meets the technical requirements of Mosgortrans. The upgraded GAZ e-bus that is to be presented in a few months, will have lithium-titanate batteries to ensure ultra-fast charging during 4 to 20 minutes. In addition to the capital, several other regions in the country today are interested in the development of a prospective city electric vehicle. In particular, today we are today negotiating with several regions about testing of GAZ e-buses on real routes and are studying the conditions for the supply and operation of e-buses taking into account the specific conditions of transport services in each region.”