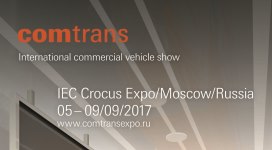 Moscow, August 11, 2017 – The commercial vehicle market in Russia is on the rise. Just in time comes COMTRANS 2017, the international commercial vehicle show held from September 5 to 9, 2017 in Moscow. Sergey Alexandrov, General Manager of COMTRANS organizer ITEMF Expo talks about the market background and what to expect from COMTRANS 2017.

The commercial vehicle market in Russia has faced intense pressure in recent years. What is the situation today and how does it affect the COMTRANS exhibition? 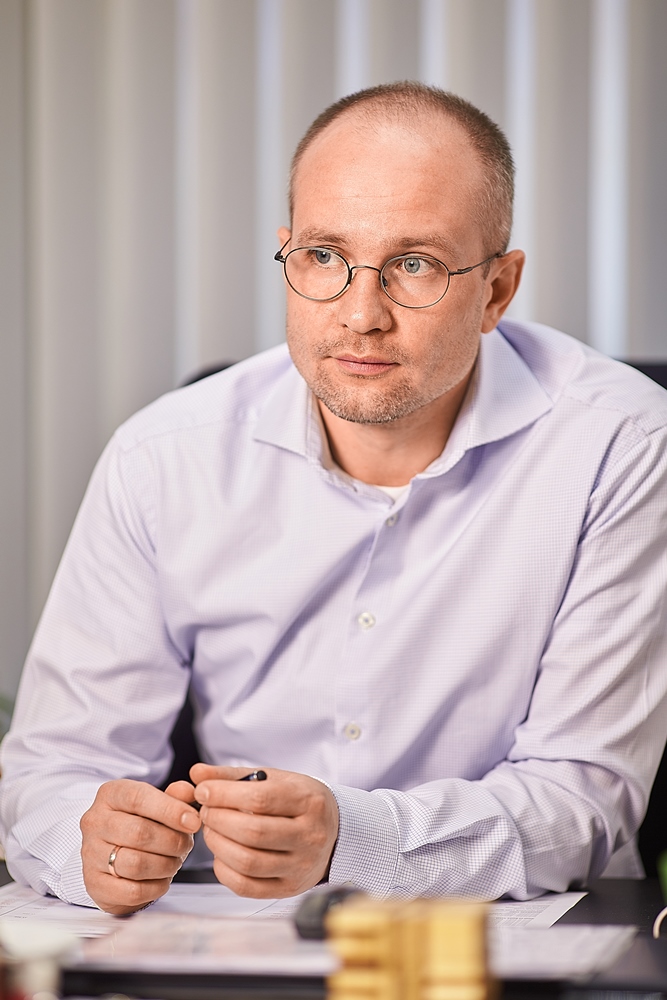 After the historic peak of new commercial vehicle sales registered in 2012 the market suffered a dramatic downfall in subsequent years, reaching its bottom line in 2015, which was as low as in 2009. The gradual recovery of the economy and the deferred demand since 2015 brought at the end of last year and beginning of this year very promising figures of 40% growth of the commercial vehicle market in the first half year of 2017 compared to the same period of the previous year.

This upwards trend also reflects at COMTRANS 2017. Compared to 2015, companies have expanded their exhibition booths. This tendency is simple to explain: the market revival inevitably leads to increased competition. The example of foreign companies, which lost their market share in the last 3 years in comparison with domestic producers, is especially notable. The exhibition areas expand due to not only the current market revival, but also due to the manufacturers’ expectations that the market will continue to grow.

Also, companies which missed the exhibition in 2015, like Volkswagen commercial vehicles, DAF and Hyundai Truck&Bus, are returning to COMTRANS this year. Subsidiaries and representation offices in Russia of the European “Big Seven”, as well as PJSC KAMAZ, GAZ Group, UAZ are at the show again and, for the first time in the history of COMTRANS, PJSC AVTOVAZ will participate in the exhibition.

What are the medium and long-term forecasts for the Russian market, concerning light, medium-duty and heavy trucks?

Alexandrov: Almost all analytics and our partners share positive forecasts for the next 3 years. Most of that is based on the economy recovery expectations together with fleet renewal, preparation for big sports events (for example 2018 FIFA World Cup Russia) and state purchase support programs. The consensus forecast is some 20% growth for LCV, 40% growth for HD trucks and 30% for bus/coach segment. I would not dare to look farther into future after 2020 at the moment, since so many factors even in the medium prospective deviate in a wider range than normally expected.

How is the service sector around commercial vehicles developing in Russia, with emphasis on keywords like fleet management, telematics, service and maintenance contracts, drivers training etc?

Alexandrov: Commercial vehicle market is in a major transformation phase. Service will be a major developing factor in the industry influenced also by increasing customer demand, stronger competition in cargo and passenger logistics. All commercial vehicle manufacturers will be competing next years to provide even better solutions for all parties involved: be it drivers, fleet operators or end customers. We will definitely see more internet-driven solutions both for clients – kind of Uber aggregators for cargo transportation – and fleet operators to increase overall performance and efficiency. Russia due to its geographic framework will be surely a great market for the new and clever technologies.

How is this development reflected at COMTRANS?

Alexandrov: The headwind from the commercial vehicle market drop with its bottom line in 2015-2016 (showing a 40-60% below results of 2012) was extremely strong when our team was working on this year show. It was much due to the trustful relations with major market players, like KAMAZ, GAZ Group and key international producers, which gave us a chance to have COMTRANS 2017 to be a success. I would like to give special thanks to Association of European Businesses in Russia and personally its CEO – Dr Frank Schauff for the valuable support.

As mentioned above, there are so many new trends and recent technological developments which are of great interest for the professionals, so that we launched this year for the first time a flagship conference – Moscow Commercial Vehicle Summit – which I am sure become a recognized platform for exchange of ideas and presentation of strategies among decision-makers and opinion leaders.

COMTRANS was established in 2000. However, this year for the first time, ITEMF Expo, a joint venture of ITE Group (Great Britain) and Messe Frankfurt GmbH (Germany), organizes the fair. What did you change? What is new? 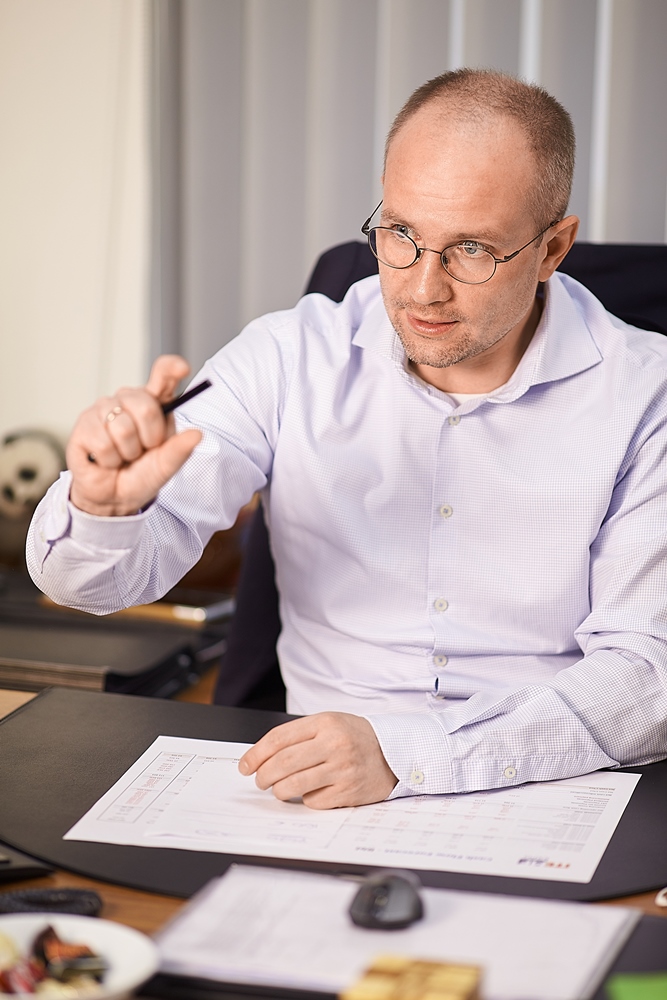 Alexandrov: It’s a fact that COMRTANS is already a well-established brand known not only in Russia but also abroad. Therefore, my colleagues and I tried to preserve all achievements, which were made over the years, and at the same time we try to bring something new. Nonetheless, expanding the exhibition area is not an end in itself, equally important criteria for the exhibition success is customer satisfaction. That is why ITEMF Expo always pays great attention to developing the additional service provided to exhibitors, from the technical support issues on the venue to the cooperation with companies after the exhibition. In particular, we mean a business program within which in addition to the press-day for the first time in 2017 we plan to hold a summit on topical issues of the commercial vehicle industry development, as I already mentioned.

Another important point is a synergy effect created between the exhibitions MIMS Automechanika Moscow and COMTRANS. We receive requests from companies for sending them an offer regarding the participation in both exhibitions. This is particularly the case with the companies associated with the components and spare parts production for cargo and passenger vehicles. MIMS Automechanika Moscow has its special section called Truck Competence aimed at promoting companies and their products in the commercial vehicle industry, and we would like such an idea to be developed also within COMTRANS.

Last but not least, one of the factors that contribute to the success of COMTRANS is the contest “The Best Commercial Vehicle of the Year in Russia” with the official award ceremony for the winners which is traditionally held within the framework of the exhibitions COMTRANS. We will further support the contest, as there is nothing of this kind on the market.

With exhibitors from 12 countries, COMTRANS is an international show. Apart from Russia, which countries are most represented?

Alexandrov: In 2017, COMTRANS will be the leading commercial vehicle show not only in Russia and CIS but also in Europe. Traditionally companies from Turkey, Europe – in first place Germany with the official German pavilion this year – are well represented. Exhibitors from Asia will be focusing not only on vehicles but also on spare parts and solutions for the commercial vehicle aftermarket.

Which novelties and innovations can visitors of the COMTRANS 2017 expect?

Alexandrov: It is often the case that companies prefer to keep a veil of secret before the show regarding novelties and innovations they would present at the show. What we know already today is that major Russian OEMs (KAMAZ, GAZ Group and AVTOVAZ) will definitely present some new models coming to the market also some electric vehicles. Scania, MAN and ISUZU will have some premiers for the Russian market too. The press day, which will be on September 4th, is complete with press-conferences of all major OEMs and will be opened by press-conference of UAZ, presenting a range on new models. I am confident that after this day, when our press colleagues, journalists and partners enjoy innovations, also visitors will be inspired by many products and solutions from a wide number of other companies during all days of the show.

With all the new technologies, Internet and worldwide communication possibilities, don’t you think exhibitions in their current traditional format become outdated?

Alexandrov: Holding exhibitions is one of the channels for the product sales and promotion. Of course, our world is changing, and new technologies are introduced at an increasing rate also in the exhibition business. In particular, it refers to interactive technologies which transform communication from the real world into a virtual one. This process certainly continues in the near future. At the same time direct and immediate contact among people is still the most important channel since we are all social beings. In my view, there isn’t any advanced technology, which can replace real-life communication between people. It is an exhibition, which provides an opportunity to get acquainted personally with all new products of the market on one venue and get an idea of the current market trends. On top, you can touch the products with your hands, find yourself in the driver’s and passenger’s shoes, get detailed information about the product from a stand-assistant, meet opinion leaders and have new inspirations. Therefore, exhibitions will always have one undeniable advantage – the opportunity of direct, maximally wide and rapid communication between sellers and their customers on issues which sometimes take weeks or even months to be settled.

Sergey Alexandrov (36) is General Manager at ITEMF Expo (since 2015). Before, he worked as Executive Director at Messe Frankfurt RUS Ltd. Mr. Alexandrov is graduated from Demidov Yaroslavl State University, Faculty of Economics.

ITEMF Expo is an international company established in 2015 by the leading exhibition organisers ITE Group and Messe Frankfurt in equal shares and specialized in automotive industry exhibitions. Currently the company’s portfolio includes international trade shows MIMS Automechanika Moscow, COMTRANS and Busworld Russia powered by Autotrans. ITEMF Expo exhibitions and business events are supported by Ministries and Agencies, the Federation Council and the State Duma, Moscow City Government as well as by the leading industry associations. 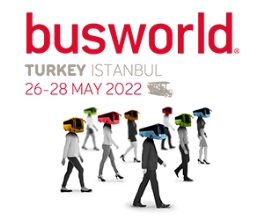